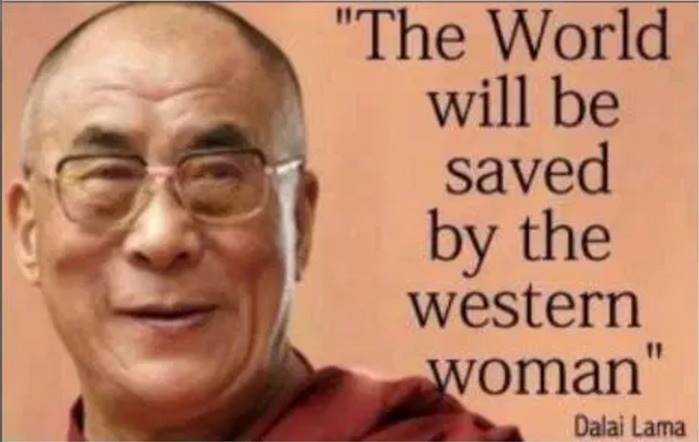 In this video, The Dalai Lama says that women should take a more active role in society because in the very early years of humanity, both sexes were equal and everything was shared equally.

Toxic masculinity has dominated the leadership of communities and governments, from their inception.

Modern education is oriented toward materialistic elements of society; or, male values. So the voices of women are lost in the childhoods of humanity, at increasingly younger ages. The children of the world are being poisoned with an imbalance of toxic male ideology, because the women in their lives have internalized the oppression of dominant males.

Lack of human affection, and lack of home atmosphere during childhood has had a negative effect on humanity. More effort is needed to ensure that the feminine potential for nurturing and community-building is maximized in order to save the world.

The Power of Women: Dalai Lama